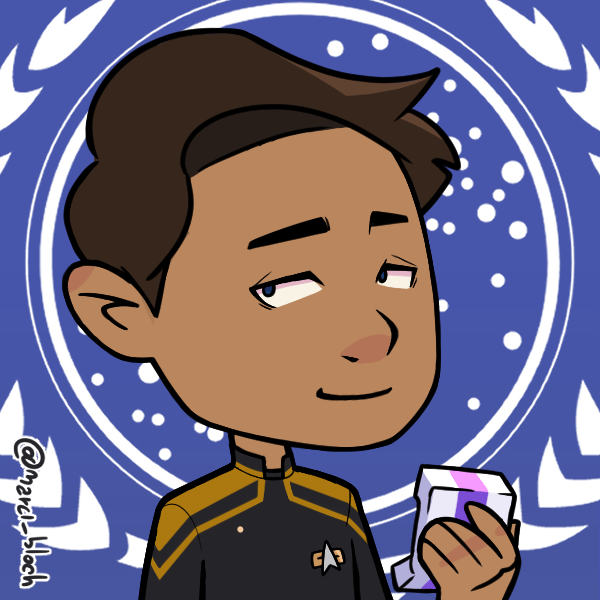 Hladson Kappler was raised in Bratislava by a single mother, Julianna Kappler. He excelled in school and was accepted into Starfleet Academy where he specialized in Engineering.

During his internship, Hladson received a commendation from Lt.Cmdr. Jeffries of the USS Atlantic for discovering an anaphasic life form and assisting the Engineers in driving it from the ship.

A psychological review was ordered with a telepath present. Mr. Kappler has been cleared of any wrongdoing or falsification of his exams. He has no idea why this could be happening.

Strengths: Hladson is eager to prove himself and desires to do his best in service to his crew and Starfleet. He has a uncanny, instinctual understanding of alien technology.
Unknown strength: He is immune to most radiation.

Weaknesses: Hladson comes across as naïve. His desire to please others makes him easily manipulated.  Medical tricorders and other equipment will register Hladson as completely healthy even if he is sick or injured.

Unknown weakness: Chroniton radiation, harmless to most humanoids, is harmful to him. This makes him weak, disoriented and eventually cause cellular damage.