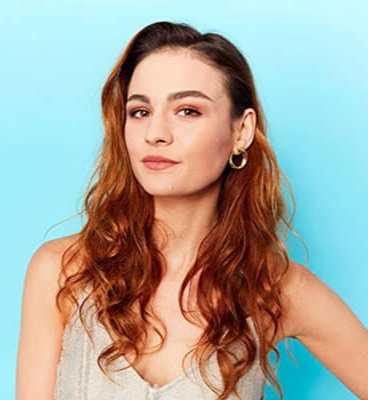 Lt. Aimee Sandoval is a physician currently working with the Bravo Fleet filling in where she is most needed at the time. She was raised in Santa Fe, New Mexico. Her mother, Rebecca Sandoval is an Admiral at Starfleet Command, and her father died before she was born. Aimee did her pre-med studies at Oxford University, and received her medical degree through Starfleet Academy. She did her residency aboard the USS Hope.

Aimee Rachel Sandoval, M.D. (May 24, 2368) is a human doctor and daughter to a Starfleet Admiral.  She studied at Oxford University and Starfleet Academy.

In 2394 she earned her medical degree through Starfleet Academy, in San Francisco,  California.

During her time on the USS Hope as a medical resident she aided  Romulan refugees of Chulock  IV, and made friends with former Tal Shiar agent Tomarah t’Sei.

Aimee Rachel Sandoval was born in the New Mexico city of Santa Fe to Rebecca Marie Sandoval.  Her father, David Callahan,  was killed in a training accident before she was born.  Aimee has a twin sister, Olivia Marie Sandoval,  and older step-brother Ethan Michael Talon.  Her mother married Milo Talon in 2375 while stationed at Utopia Planitia. Milo raised the girls as his own, and they refer to him as “dad”.

She attended Santa Fe High School.  She was active in the school’s band playing the French horn and violin.  She also played on the school’s basketball and softball teams.

When she graduated she moved to England and attended Oxford University.  Her first year at Oxford she majored in Physics. While, science was a passion she found that the theoretical nature of physics wasn’t as appealing as she initially thought. Gaining new appreciation for the cold hard science of biology she switched to pre-med the following year.

While in England she managed to make several friends including a young Scottish noble, Katheryn “Kat” Donovan, a relative of the Lord Lovat.  It was this relationship that kept her out of jail after a long night of weekend of drinking.  To this day Aimee has no clue what happened that night.

Aimee graduated from Oxford with a 3.5 G.P.A.  Her MCAT score was a 510 which allowed her to enter the medical program at Starfleet Academy.

Leaving England after graduation, Aimee returned to the States. She and Kat were roommates at the Academy.  It was at the Academy she met Alexander Simon whom she dated off and on for the next three years.  Neither really saw the relationship really lasting and they split on their fourth year.

Her second year at the Academy she was invited to join Red Squad and became the unit’s medic.  The extra training was helpful and she learned a lot of field medicine that the traditional medical program would never teach.  Having been trained as a combat medic with Red Squad she also got more extensive survival and weapons training than a standard Starfleet doctor.  Kat joined her in Red Squad the next year as one of the security cadets.

Aimee graduated from Starfleet Academy with her Doctorate in Medicine in 2394 with the rank of Lieutenant Junior Grade.  She was assigned to the medical frigate USS Hope under the command of Captain Terese “Tess” Marie Kellow, M.D. for her residency.  In 2396 the Hope was sent to Romulan space to help Romulan refugees who were still suffering from the fallout of the Hubus Supernova years prior.  Assigned to Chulock IV, the planet was just one of many Romulan colonies suffering from a shortage of food, clean water, and medical supplies.  The governor of Chulock IV was a former Tal Shiar operative.  Aimee came to like the no nonsense Governor Tomarah t’Sei, and the two would spend hours discussing politics, and philosophy.

Completing her residency she left the Hope for new opportunities with the Bravo Fleet.