Small, fast, and punching far above her weight class, the Apollo is a Starfleet scout vessel constantly probing the edges of the frontier and bring light to injustice. 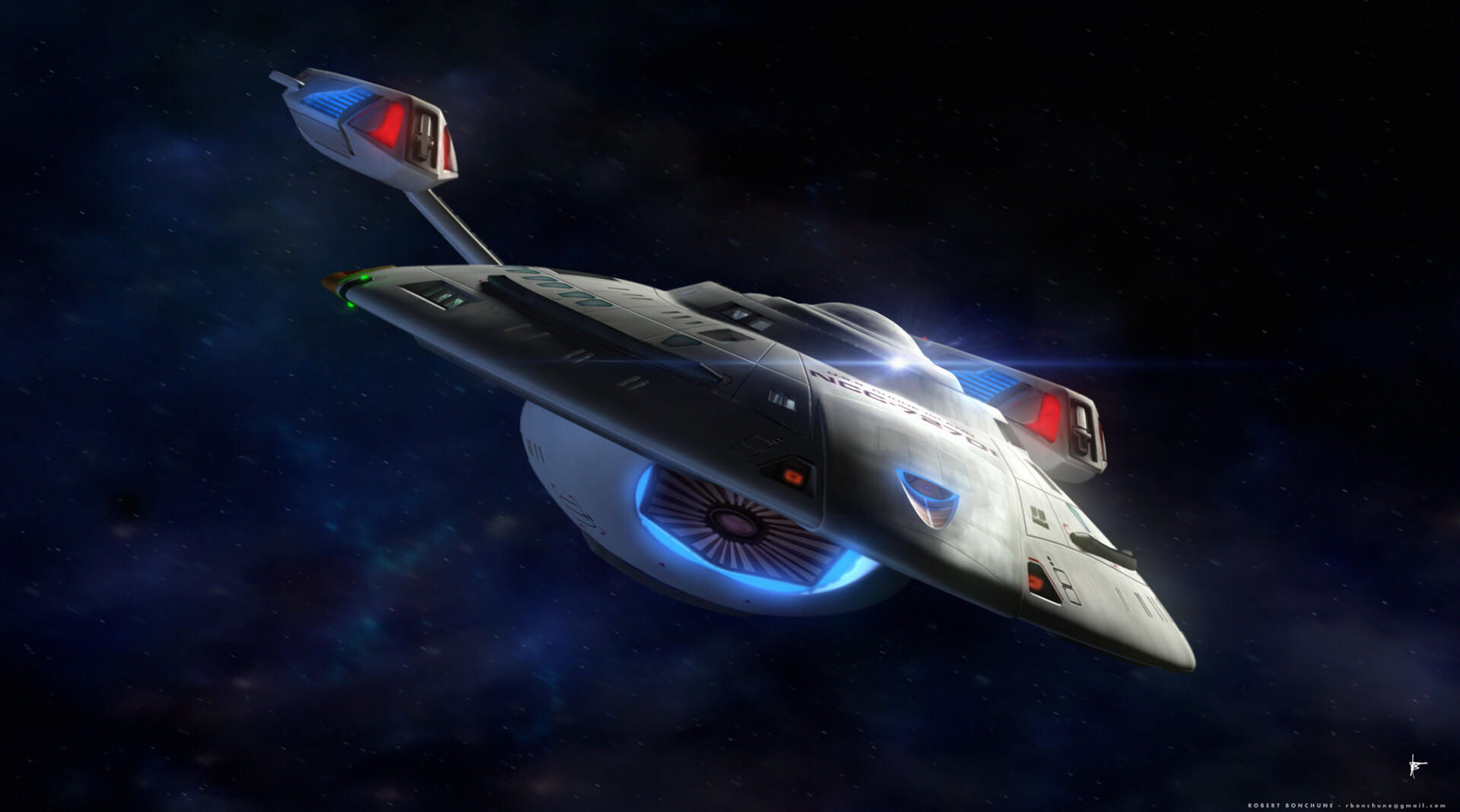 The Apollo is a Rhode Island-class scout, intended for extreme long-range scouting assignments into potentially dangerous areas. Her capabilities are perfect for her current assignment: advanced reconnaissance into the Delta Quadrant ahead of larger explorers. Operating under the aegis of the Delta Exploration Initiative in the Nacene Reach and Nekrit Expanse, the Apollo has been given the following mission objectives:

Under the captain of Captain Sean Gaudain, the Apollo‘s crew of just 95 is not totally alone in the Delta Quadrant, but her missions put her days or weeks away from real-time contact let alone help from other ships in the region. Many of the officers aboard the Apollo are recent academy graduates, and they must prove in the most real and trying of circumstances that they are up to the task.

The Apollo is a limited-run solo fiction focusing on short episodes of 5,000 to 10,000 words. The goal is to explore the possibilities that a small, relatively junior crew offer for storytelling. Content on this command may reach up to a 222 rating on the RPG Rating Scale, so reader discretion is advised.

Alarm klaxons blared as the Apollo twisted to dodge fire from an unknown assailant. Commander Rhodes slipped back into his seat at the science station and focused all of the available sensor arrays he could on the other ship. It was big—at least relative to the Apollo—but didn’t appear to be [...]

Like her namesake, the Apollo was as swift as an arrow, moving through space at fifty-five hundred times the speed of light. The atmosphere on the bridge was a mix of tension and excitement as they raced toward the source of the distress call. As far as anyone knew, the Apollo was supposed to be [...]

Under the light from a pair of alien suns, a stream of tiny twelve-legged arthropods cut paths in the dirt among blades of red grass, their color an adaptation to take in just enough sunshine from the blue giant the planet orbited. The tiny beings reminded Science Officer Rhodes of ants, but they [...]

Each time Captain Gaudain visited Counselor Altmann’s office, he was reminded that he’d been cheated out of installing a captain’s mess. For the Apollo’s whole service life, the compartment mirroring the officers’ lounge on deck one had been unassigned space—the only free room on the [...]