In the golden era of exploration, at a time when the Federation is advancing their borders and meeting many a new civilisation, tensions are on the rise deep within the Alpha Quadrant. Diplomats are summoned to Setlik to halt the prospect of war, made more difficult by the death of an Ambassador... 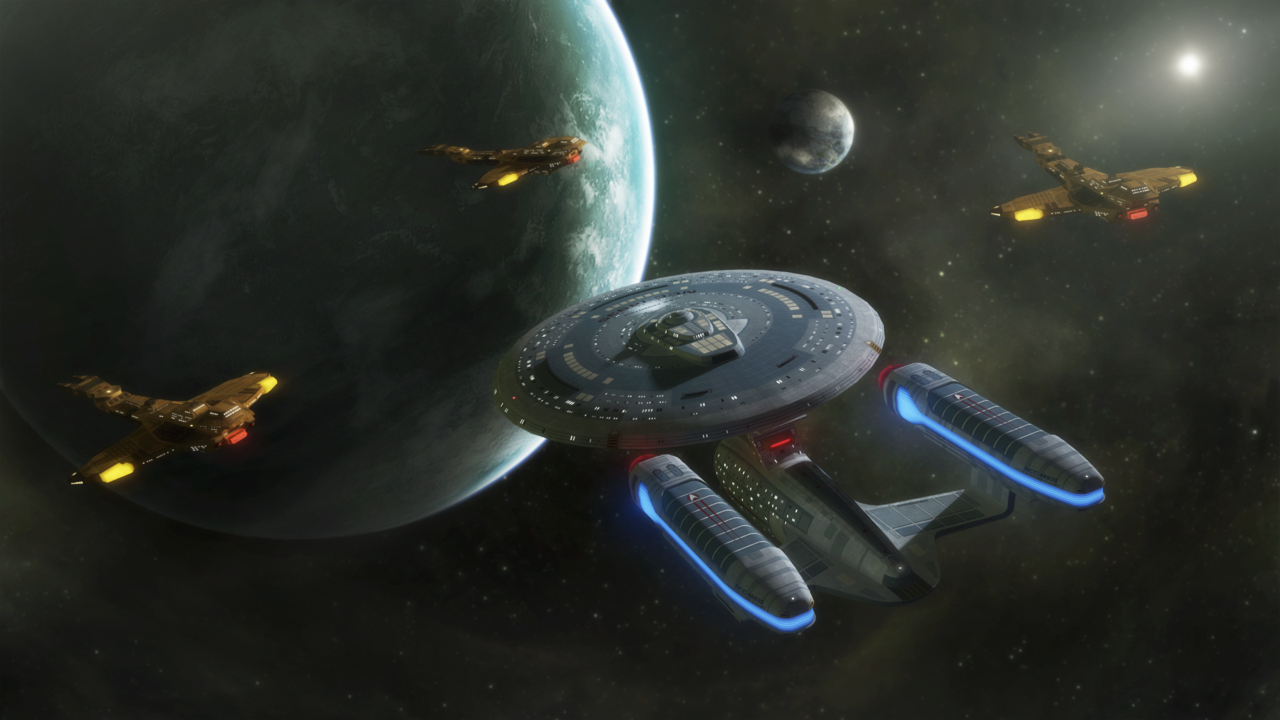 In the golden era of exploration, at a time when the Federation is advancing their borders and meeting many a new civilisation, one of Starfleet’s newest ships is commanded by Starfleet’s first Trill commander, Captain Keziah Nazir, the starship Achilles is one of Starfleet’s most advanced vessels and flies the flag for the United Federation of Planets. Since the noble sacrifice of Captain Rachel Garrett and the crew of the USS Enterprise-C at Narendra III, tensions with the Klingon Empire have been subsiding, allowing the focus of diplomatic initiatives to turn to the increasingly hostile Cardassian Union.

A diplomatic incident on the Cardassian border has seen patrols amped up on both sides of the trenches. With some of the finest Cardassian warships arriving to represent the Union, Starfleet dispatches a four-ship task group to fly the Federation flag, led by the USS Achilles NCC-28410, one of the fleet’s most advanced Ambassador-class starships. With diplomatic envoys having been summoned to a summit on Setlik III in a last-ditch effort to keep the peace, can the crew of the Achilles and their Cardassian counterparts prevent the peace-talks from collapsing when a diplomat is found dead?

USS Achilles is an active game, which expects at least three posts per player per month, and is hoping to maintain a crew of between three and five players, for a range of between 9 and 15 posts per month. These will be a mix of joint and solo posts, spread over various missions per year. We actively welcome more contributions and applications from players of all backgrounds. Support will be given to those applicants that desire or require it via our experienced players and our Fleet Academy.

So, Here We Are

Claudia crossed the bridge and gave several of the officers there a friendly nod before stepping up to the door. She pressed the door chime and shoved her hands into the pockets of her white lab coat while she waited for the Captain to invite her in. Inside the private office on the edge of the [...]

It's Been a Very Long Time

Tapping his thumb against the interface of a desktop computer terminal aboard the USS Tolstoy, a Starfleet service record scrolled slowly on the display screen.  Tumaini Calumn’s dark eyes narrowed on the words Space Station K-7.  He stopped his scroll and he breathed out a, “tt.” [...]

A First Get Together

After nearly three hours of taking on supplies and crew replacements, Achilles was finally underway once again and enroute to her rendezvous with Captain Usmanov and the starships Adriatic and Berlin. The time had been used in a variety of ways, but for the blonde-haired, blue-eyed Trill in command [...]

The conference room was rather spacious, about the size of a smaller hearing room that Eline used on Space Station K-7. It was big for a conference room aboard a starship, but it had beautiful views of the starbase and the planet below. It was her first day aboard the new Ambassador-class, and [...]